He tipped his head and blinked. It reminded her of her of that scene in Return of the Jedi, when Leia met Wicket. She liked Ewoks. But she really needed to study, not talk to a guy from fiction writing class that just happened to be in the library at the same time.

“That.” He pointed to her laptop’s screen. “How do you punctuate a conversation? In dialogue. I always get confused.”

She sighed. By the second semester of college, one should know how to punctuate dialogue, should they not? “Well,” she said, shifting in her seat. “First rule. Punctuation goes inside.”

“Yup. At the end of whatever you write, punctuation goes inside the quotes.”

He nodded. “Okay.” He scribbled in his notebook. “Got it. Is that just for commas? How about the periods…or question marks…or exclamation points? Our assignment says to use lots of emotion, so, hey, I plan on using everything in the arsenal, you know?” She grinned. She never thought of punctuation as a weapon. But on a lot of levels, he was right.

“It’s all the same,” she said, pointing to different places on her screen. “See?”

He scooched his chair forward and leaned in, nodding. “All punctuation goes inside the quotation marks. Got it.” He wrote in his book again, then leaned over. He felt awfully close.

“So,” he said, “I’m noticing something. You only use said and asked. Isn’t there stuff like yelled and replied …or squealed?”

She tried not to laugh. “Stick with said. Said is invisible. Our brain is used to said, so the word does the job in a way that’s…incognito.” She might as well talk his language. “And if you write squealed, I can guarantee your professor will squeal — at you — and it won’t be pretty!”

They both laughed. It felt good to laugh again.

“One more thing,” he said. As he studied her screen, she noticed how his collar stuck out from under his sweatshirt. Who wore collared shirts under sweatshirts? And was that a Michael Kors watch?

She shook her head. “If you know who’s talking, you don’t need them.”

Okay, that was a Michael Kors watch. Daddy said to avoid anyone wearing anything but a Timex. Momma said Michael Kors was the sign of a good family. And her brother said that anyone who wore a watch in this day and age, when they can look at their phone for the time, isn’t very smart. But her brother also knew — and spewed — every line of every Star Wars movie and wanted to be Han Solo. Hence the bazillion references to Star Wars that infiltrated her mind on a daily basis.

“Look,” she said, “There’s really much more to it, with commas and capitalization and all. But I have to study for a midterm….” She hated to offend him, but it was the truth. Well, mostly. She could take the time. But after overdoing last semester’s social calendar, she needed to stay with her vow to focus on grades. He was really interesting. Obviously new to fiction writing. But nice. The kind of guy you’d go to coffee with.

“Right. I’m sorry. I’m taking your time.” He closed the notebook and moved his chair back. He paused. “But since you took the time to answer my questions, if you’re free tomorrow, can I buy you a cup of coffee?”

She smiled. Who could say no to coffee?

* Thup
(time for a second cup) 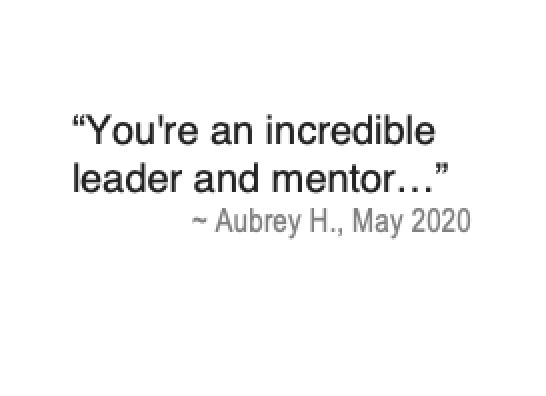